The school holiday program for this summer ran from 16th – 28th January.

We started out at Mini golf in Devonport and several of the young people proved themselves to be keen golfers in the making and taking several of our staff to task!

Our next outing took the group to the Tas Water pumping station at Coles beach for a day of mural painting. All of the young people were able to leave their mark on the buildings that we painted and several were interviewed by the local media and appeared in both print and video the next day. Several Mums now have framed newspaper articles of their children on the wall at home! Our next activity was to Stanley for a walk up the Nut and a scavenger hunt at the top  and then a nature trail around the top taking photos and watching the waves below.

Our final outing was to the Ulverstone waterslide, where we saw a few people conquer their fear of heights and by the end of the session everybody had been running up the stairs and racing to the bottom again many times over, all were ready to eat by the time that the BBQ was fired up and everyone spent another hour eating, exploring and laughing together.

On the way back to base there was lots of animated talk about what we can do next school holidays with everyone saying that they will definitely be coming back. 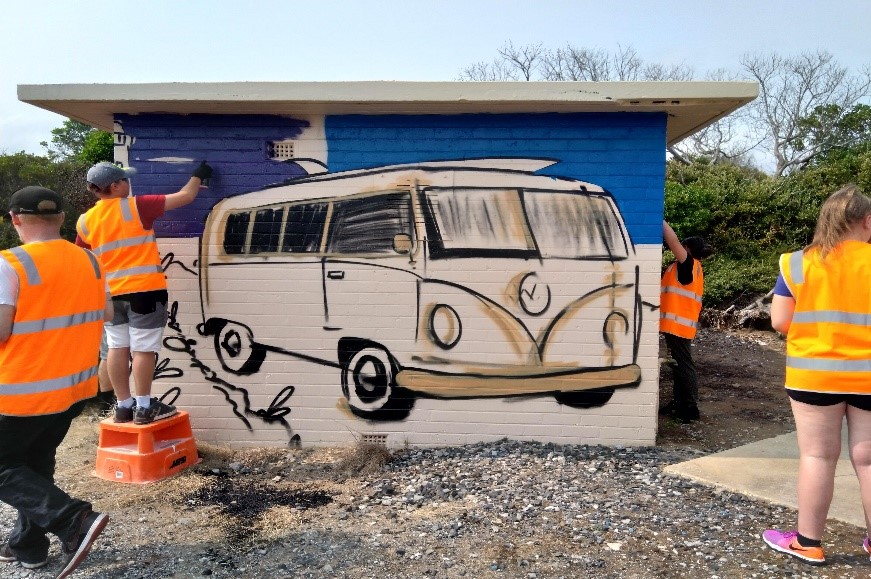 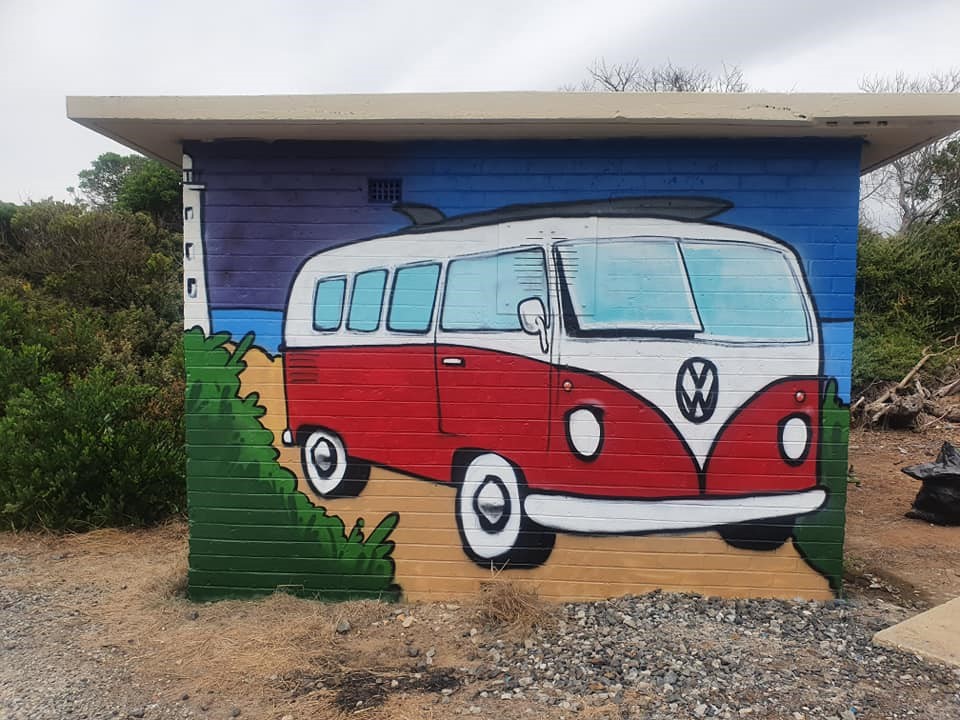 About the Author: Nova